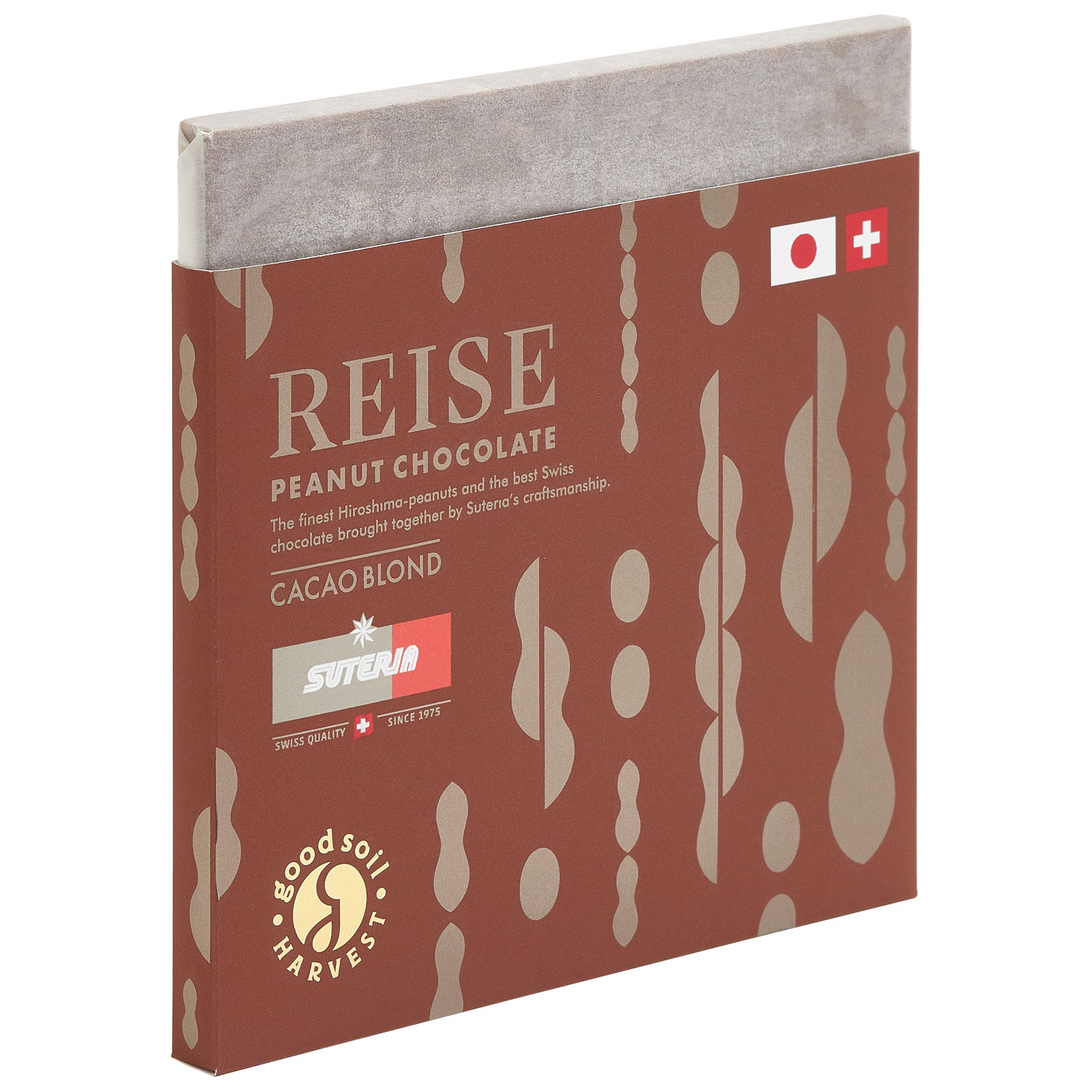 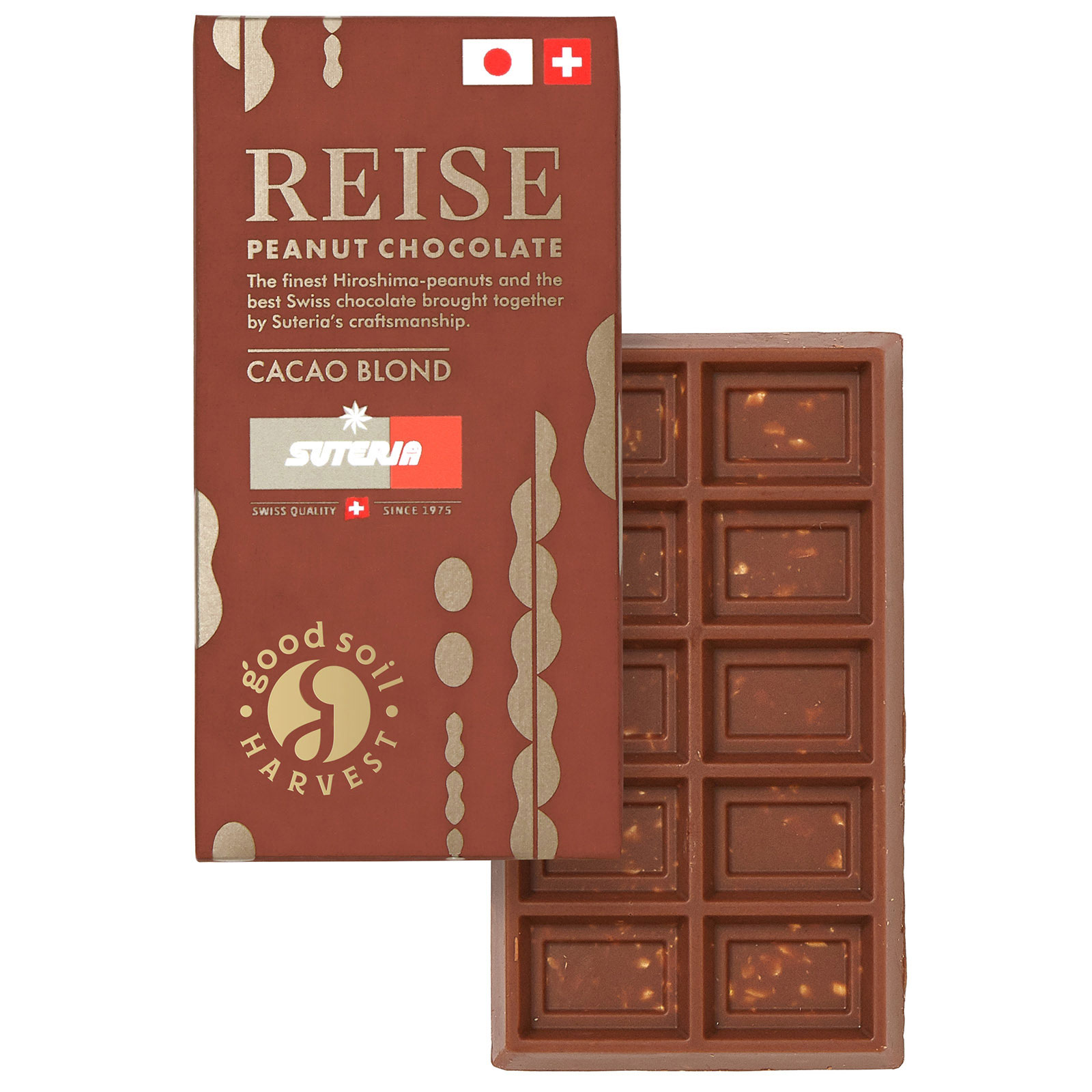 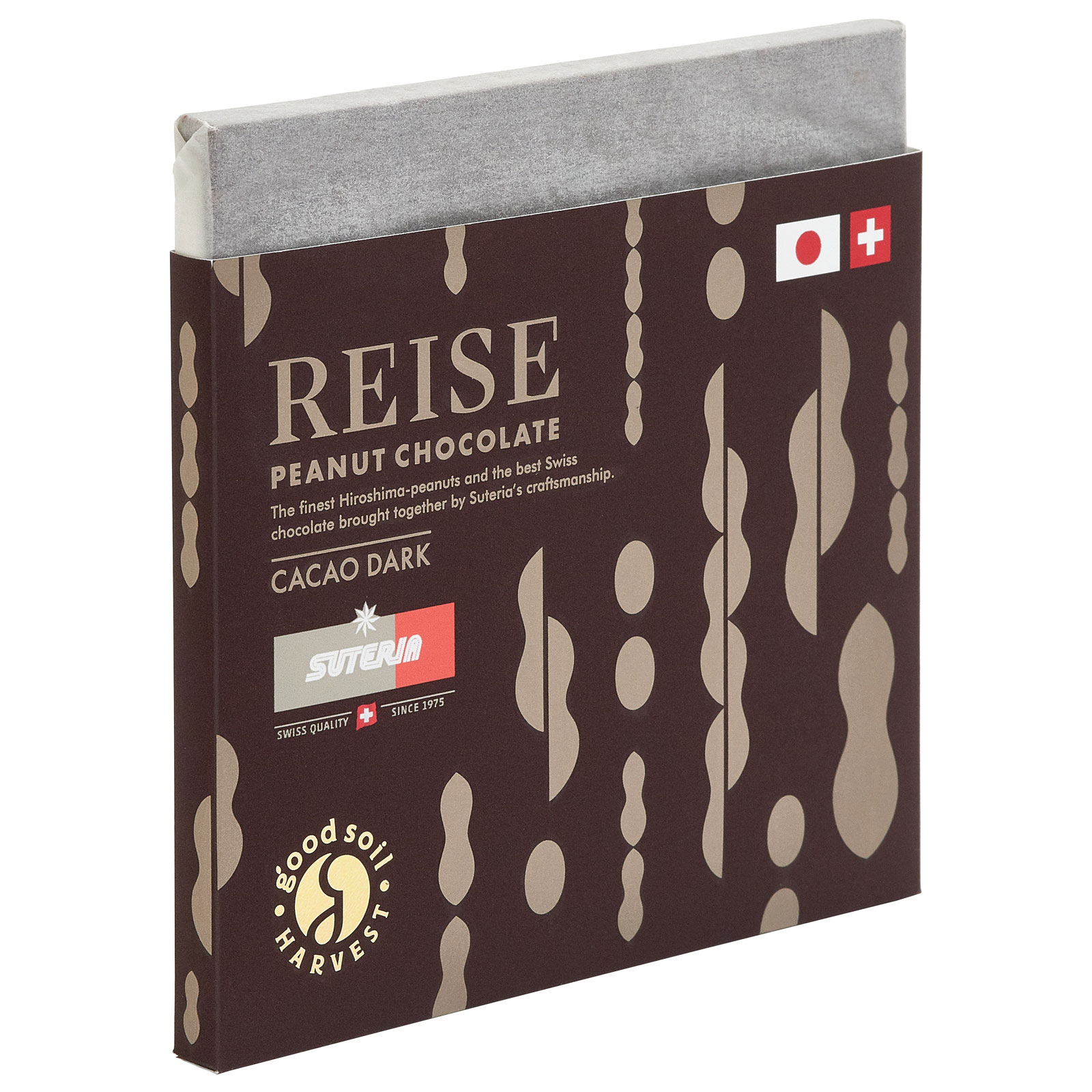 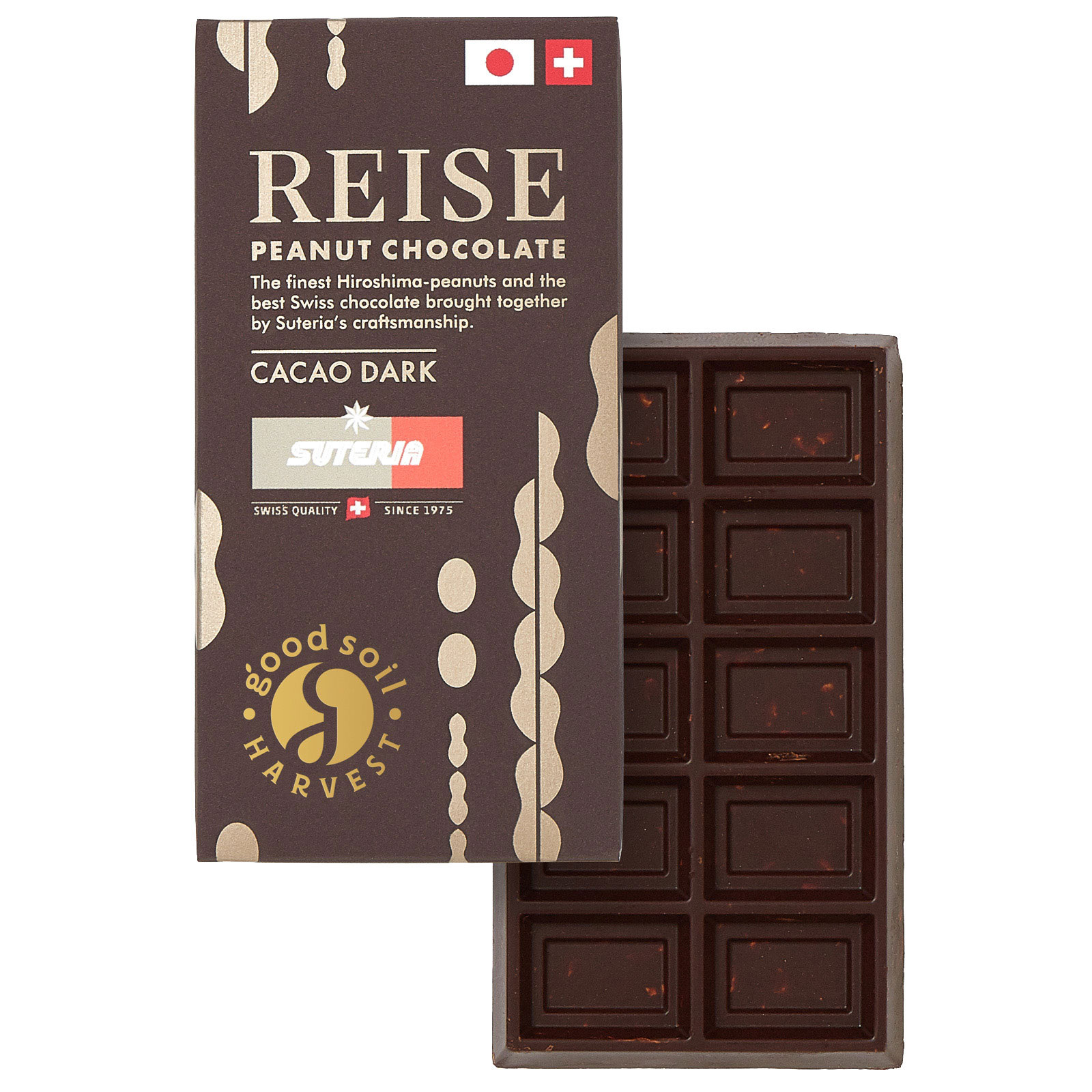 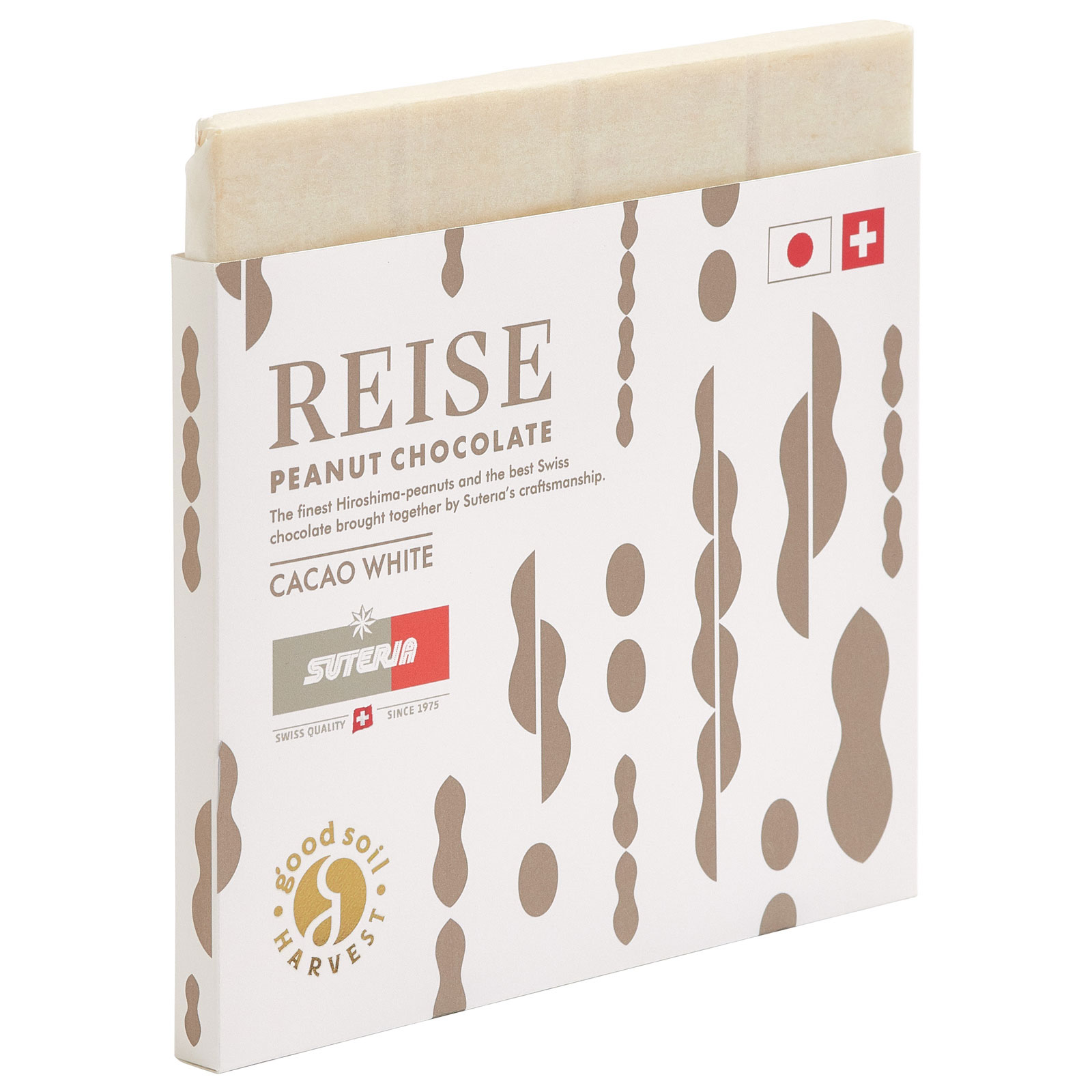 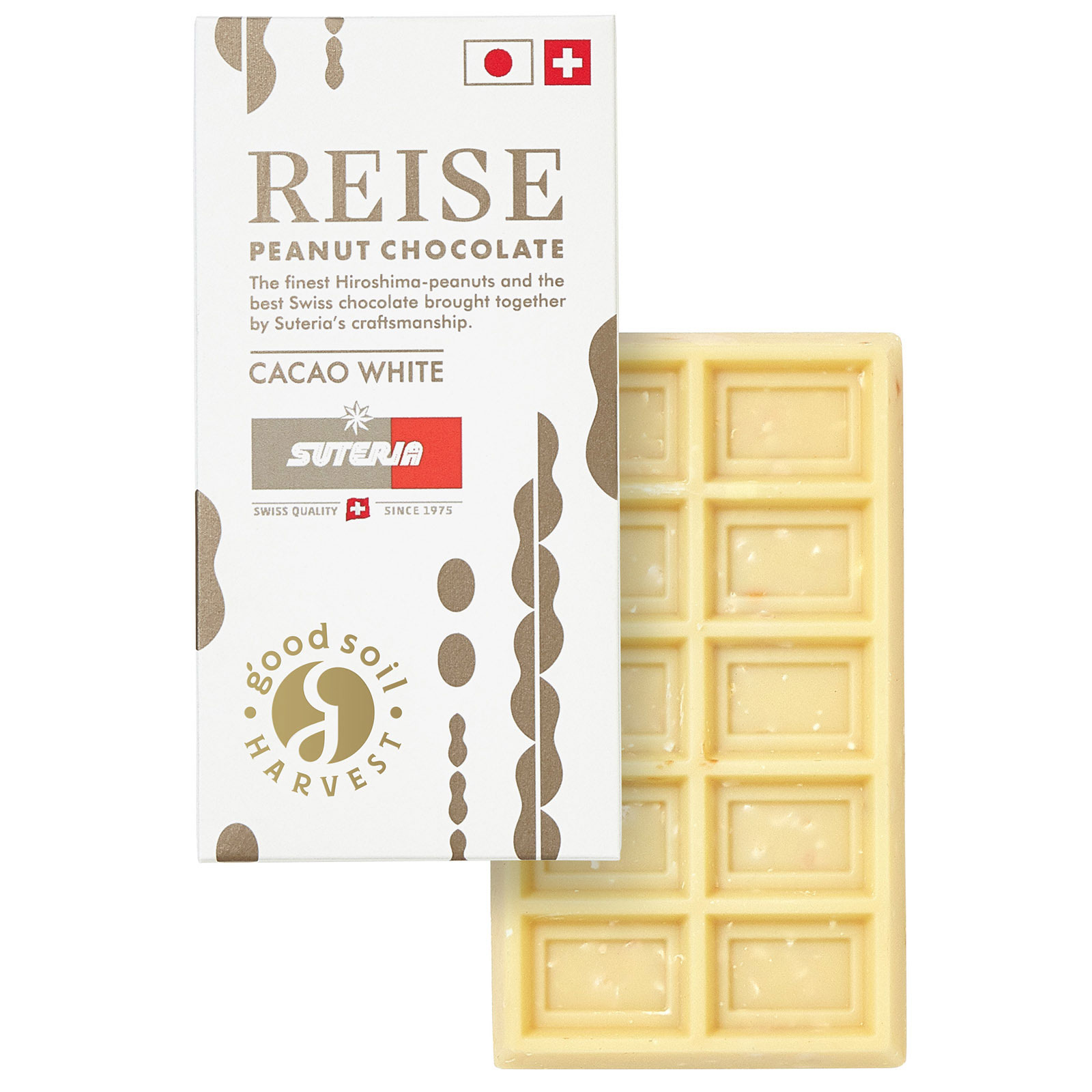 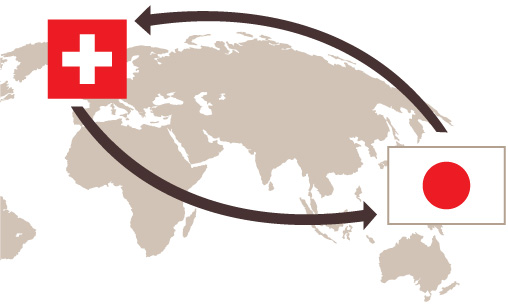 REISE debuts in Japan! REISE is a peanut chocolate, created by Good Soil Group in Japan in collaboration with Swiss chocolate maker Suteria. The finest peanuts grown in "ideal soil" are blended with handmade chocolate that carry over a century of craftmanship.
Enjoy a lineup of three flavors: "Dark," "Blond" and "White." Choose from Large (90g) and Mini(25g) sizes. The product is 100% Vegan with no animal products used. 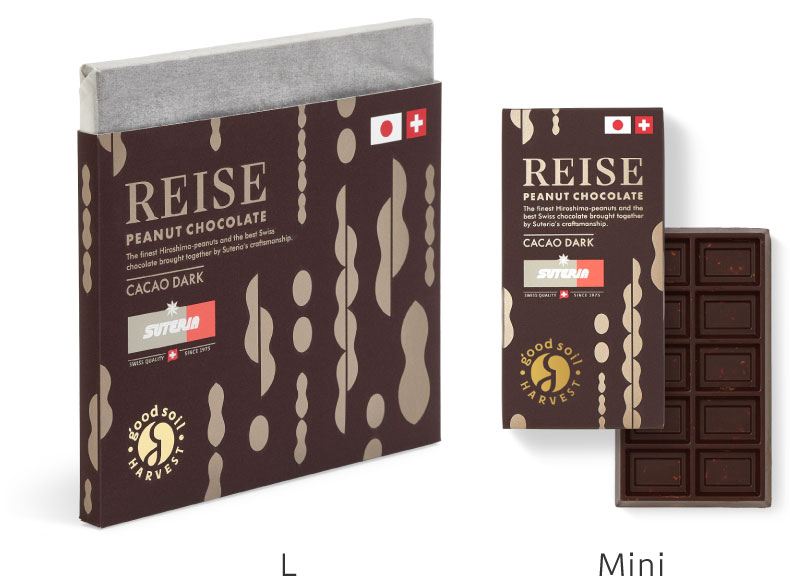 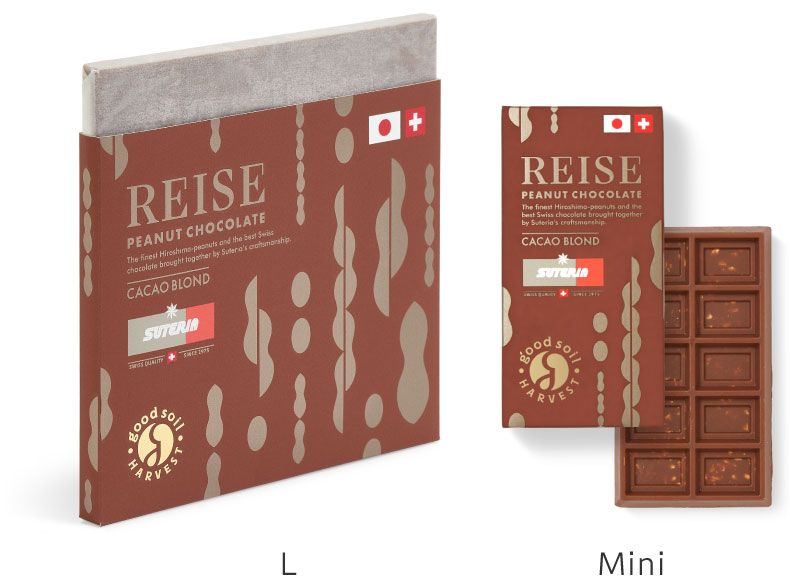 You can consume with confidence

It is cultivated at the Good Soil Group Farm in Hiroshima using vegetable fermented organic fertilizers.

We dig deep about 80 to 90 cm to lay around culvert drainage in order to develop well-drained soil, and increase the area for root growth. Using organic fermented vegetable fertilizer, microorganisms decompose large organic matter in the soil and over time, the soil becomes soft and fluffy. This gives the crops the balanced nutrients they need based on our precise analysis.

For a month and a half, it is hung in the house and dried in the sun. Over time, nutrients and umami ingredients such as minerals become concentrated to result in delicious peanuts. These tasty peanuts and chocolate merge to deliver the harmony and deliciousness of "REISE". 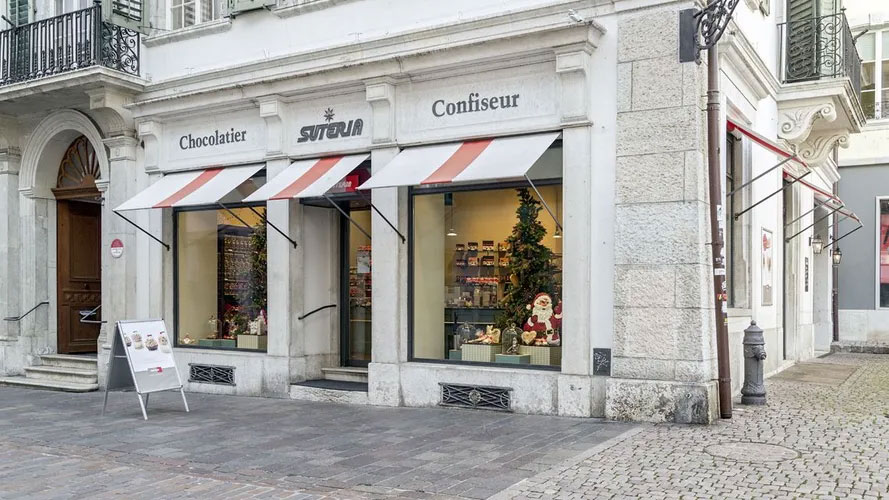 SUTERIA is a confectionery in Solothurn, northwestern Switzerland, famous for its baroque city. Its local stores, which have been popular around the local area for more than 40 years, sell confectionary, such as cakes and chocolates, and operate cafes.

One of the most famous is Solothurner Torte, which has a history of more than 100 years. It is a hazelnut cake, which was produced in 1915 by Konditor Meister Alberto Studder. Its secret recipe has been carefully preserved by its successors, and SUTERIA has taken over this original recipe. It is made with luscious melt-in-the-mouth hazelnut meringue with a seductively light cream filling. 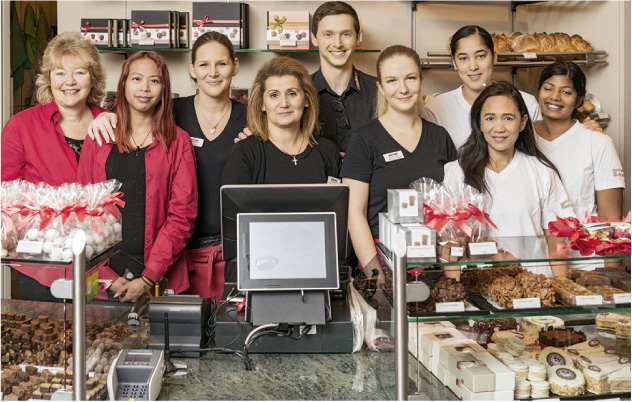 SUTERIA also has a reputation as a chocolatier, with a wide range of chocolate products such as champagne truffles and pralines. It has won numerous awards in competitions, including gold prizes at the Swiss Bakery Trophy.

REISE is made one by one by the craftsmen of SUTERIA, and you can enjoy the luscious and fresh taste of chocolate.

All raw ingredients and manufacturing processes in Switzerland all meet Vegan standards that do not use any animal ingredients. Sugar used is also vegan sugar. Please enjoy the gentle taste unique to vegan products.